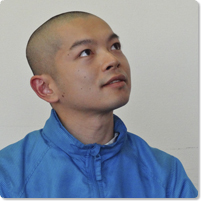 An encounter with Akaji Maro of the famed Butoh dance company Dairakudakan in his first year of university started Pijin Neji on his career as a performer. As a member of the new generation of performers born in the 1980s who calls Butoh “ kosu-pre ” (or, “cos-play: playing by dressing up in costumes) and the body a form of “media,” Pijin Neji has pursued collaborations with a variety of artists from Japan and abroad and established a reputation on the dance/performance scene with his unique presence and physicality. Through influences of figures such as Butoh artist Kim Ito, Toshiki Okada of chelfitsch, dancer and choreographer Natsuko Tezuka who continues an approach that observes the internal aspects of physical movement, artist Tetsuya Umeda and others, Pijin Neji has arrived at his own unique expressive realm. We spoke with him about the aesthetics behind his art that he calls a “recycling” of Butoh that involves reflecting the contemporary world on his own body, about half a century after Tatsumi Hijikata developed the original art of Butoh.
Interviewer: Tatsuro Ishii [dance critic]

The encounter with Butoh

The period of experimentation and thought

You have been producing good results in collaborative work with people from different genres and countries. For example, recently you have created a work with the choreographer Jeeae Lim, who worked for a long time in traditional Korean dance and now lives in Berlin and is active in contemporary dance. This work you did with Lim involved three dancers and what impressed me especially about it was the way your physicality with its unique Butoh flavor stood out as different from the others. Watching it as a member of the audience renewed my awareness of the power of Butoh.
The work Ten Years in 1 Minute presented at Festival/Tokyo (F/T) last year (2014) was one that resulted form a collaboration in Busan between myself, Lim and the Romanian dancer Sergiu Matis. The work no title is one that I performed at last year’s Toyota Choreography Award 2014 together with the house dancer Yanchi. Until then, I had thought of my technique as something little more than acquired habit, but while working with other dancers who have technique of their own, I came to think of my body itself as one form of technique, and I realized that I can dig into it and compare it with the technique of others.
Lately you have also been doing a number of collaborations with the contemporary artist Tetsuya Umeda. I have seen a work that Umeda-san did with contact Gonzo at the Aichi Triennale 2010. You and Umeda are from the completely different genres of visual art and dance. But in the world of creation, you have styles that are bold and free of personal obsessions and you seem to have things in common in terms of live action and your consciousness of spaces. I feel something very similar between you and Umeda.
I have received a lot of inspiration and stimulation from Umeda-san. I first met him at the opening event “ Teiden (blackout) EXPO” of the International Festival for Arts and Media Yokohama in 2009. It was a performance produced by Yasuo Ozawa of the Japan Performance/Art Institute and brought together contact Gonzo, Megumi Kamimura, Tetsuya Umeda and Kanta Horio.
Having met him there, I went to see one of Umeda’s live performances in Harajuku. His live performances start out simply but before long the audience becomes involved and things develop into a state approaching chaos. I didn’t understand what caused it but it naturally draws people into it. It really surprised me and had me asking, “What is this?” When I talked to him I learned that by chance we were both born in 1980. When I see Umeda’s work I realize that he has a natural freedom that lets him easily cross boundaries and things that most of us are concerned with, and I thought that ability was really cool.
The way he is able to move people, the way he makes spaces move, there is an unexpected strategy by which he knows how to make something move, and in a broad sense I thought that this methodology of his can be seen in a way as a form of choreography. That is what interests me. Right now, I would say that there is no one else’s work in the world that I like more than Umeda’s. I find that everything he does is OK with me.
I definitely hope you will do more collaborations with Umeda-san. Finally, I would like to ask you what you are planning or thinking about for the future.
Recently, I went to HAU in Germany, and I felt that the theater was functioning successfully as a media. I had the same feeling when I performed at Kobe’s DANCE BOX, and now I have a strong desire to create works to perform at theaters like that that function as media.
If the body, the stage format and the theater as a place all function as media, I feel that we can experience the condition of being honest with ourselves to a fault as we perform and we can communicate something to the audience about the kind of world we are living in today. Rather than keeping things inside ourselves, I want to be active with a consciousness that I am involved in that kind of media. 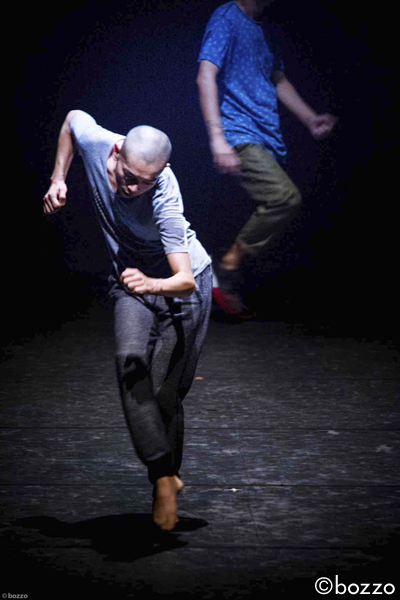 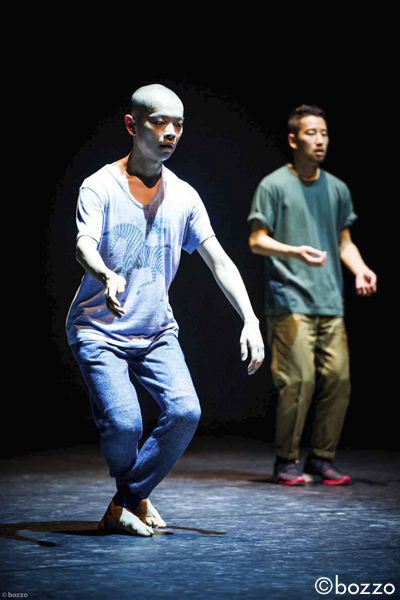 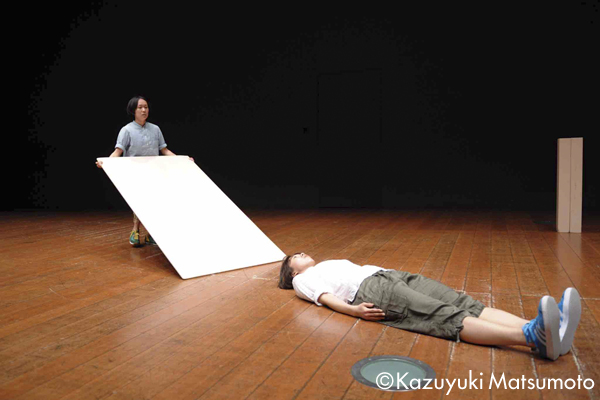 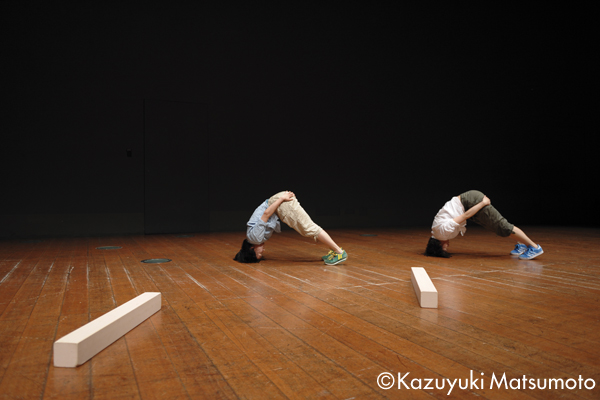 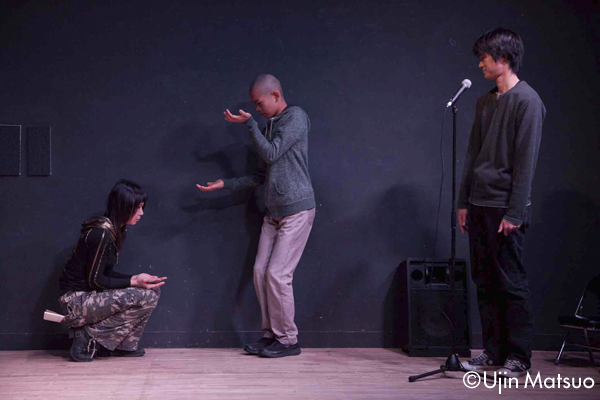 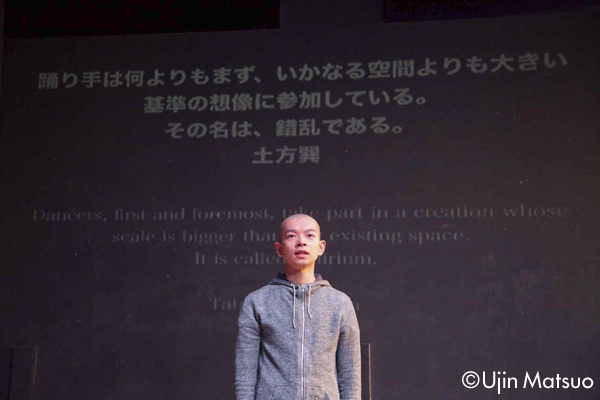 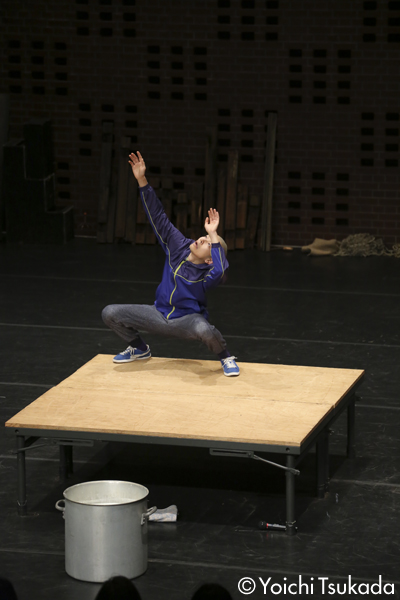 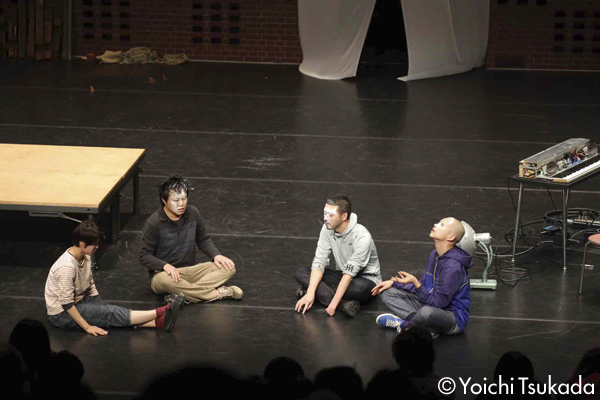 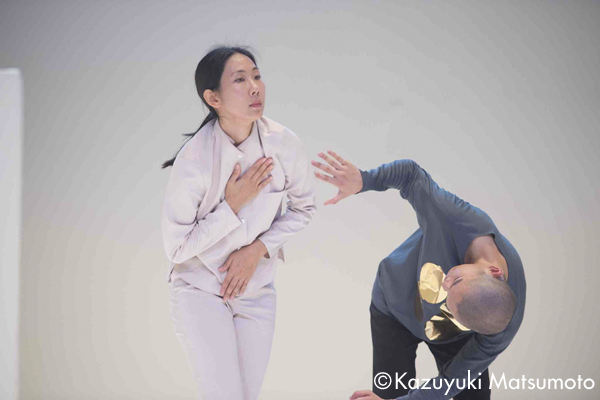 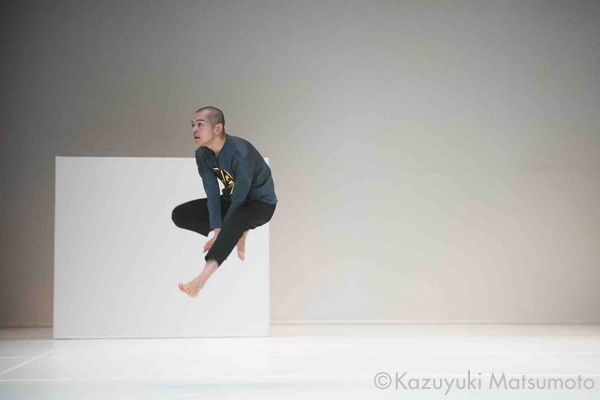 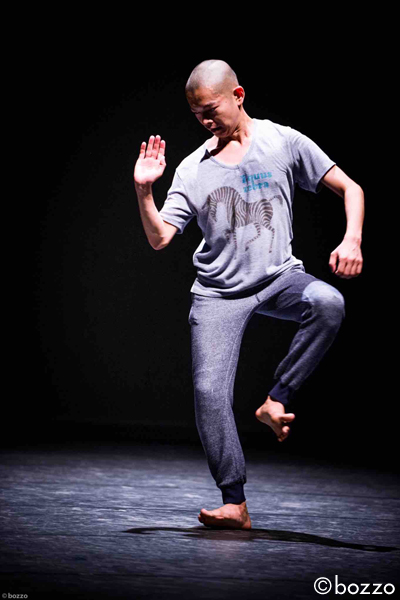 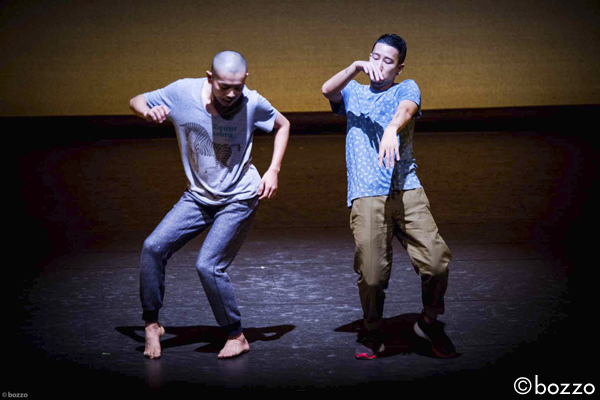