Sundance Institute is a nonprofit organization dedicated to finding and nurturing artist talents in the fields of independent film, video and theater. It was founded in 1981 in Utah by actor and film director Robert Redford. The organization’s Sundance Film Festival held annually in Park City, Utah is known internationally as one of the world’s largest indies film festivals. Sundance Institute also supports independent theater makers from the U.S. and overseas with educational programs including an intensive short-term internship program and more. There is also an exchange program conducted in cooperation with artists and festivals of the Arabic-speaking countries of the Middle East, North Africa and in Europe. There is also a mentorship program called “Theatre Lab,” with direction by Christopher Hibma. More information about the programs can be seen on the organization’s official website (URL below).

Features of the Theatre Lab Program
- Artists are given time and space to focus on their individual creativity surrounded in beautiful natural surroundings that serve as a buffer to outside influences like pressure for commercial success and the like.

- The labs are artist-focused to offer artists refreshing opportunities for experimentation and discovery not tied to any particular “how-to” formula regarding creative methodology but to the individual artist’s (fellow’s) needs and pace.

- A dramaturg is chosen as a mentor based on the artist’s own stated objectives and project proposal. During a program, a day-on, day-off repetition of writing and rehearsals is followed while receiving advice from the dramaturg mentor and support from other fellows and support groups throughout the creative process.

- During the process of writing a play, each fellow receives feedback from the collaborators, dramaturg and director guidance is offered.

- At the end of the program an opportunity is provided for an informal presentation in front of the other fellows and support community.

- After the closing presentation, feedback on the creation is provided by the collaborators, advisers and director.

- After the program, the fellow becomes a part of the Theatre Lab community and joins the network of previous participating artists and becomes eligible for support grants for certain subsequent works. 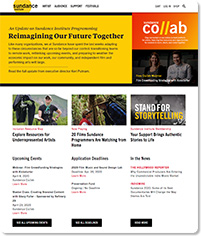