The Association for Corporate Support of the Arts (Kigyo Mécénat Kyogikai, or KMK) is a not-for-profit association founded in 1990 for the purpose of promoting corporate support programs for the arts and culture. On the occasion of the holding of the 3rd Japan-France arts and culture summit “Culture and Corporations” in 1988, a proposal was made by the Chairman of the French NPO for the promotion of corporate philanthropy ADMICAL, Jacques Rigaud that led to the founding of KMK by a group of leading figures from the corporate world. Bringing together corporations that had previously conducted support programs independently into a working alliance, KMK undertakes efforts to promote and heighten public awareness of corporate arts support building a cultural infrastructure for the encouragement and development of business and arts partnership. As means to achieve this mission, KMK conducts a variety of programs such as research, award programs, support programs, publication of news and information periodicals, consulting and international exchange programs.

In 1990, KMK established the Japan Mécénat Awards to recognize corporations and corporate foundations whose support for the arts has significantly contributed to Japanese culture and society. Award candidates are solicited nationwide by self-application and recommendation, from which one program is awarded the Mécénat Grand Prix and five or more receive the various other awards. Since 2003, and “Commissioner for Cultural Affairs Award” is given in cooperation with the Agency for Cultural Affairs to recognize outstanding corporate philanthropy programs in the areas of regional development and next-generation education.

In 1994, KMK was granted the status of “Specific Public Interest Promoting Corporation” by the Agency of Cultural Affairs. Under this status, KMK initiated the Arts Project Assistance Approval Program, which provides corporations based in Japan with tax-deductible advantages upon supporting arts projects. To promote the spread of this approval program, a Nationwide Mécénat Liaison Conference was established in 1996 (named changed to Nationwide Mécénat Network in 1998) for the purpose of encouraging communication and exchanges of information between Mécénat related organizations around Japan. Then in 2003, “Consultation Hotline” was established due to further promote the system. The Approval Program receives applications four times a year, and as of the end of 2012, 129 approvals have been granted and 1,105 donations totaling 342.23 million yen have been received (figures from 2012 fiscal report).

Immediately following the Great East Japan Earthquake and Tsunami in 2011, KMK set up the Great East Japan Earthquake Restoration Fund - Supporting Affected People and Communities through Arts and Heritage Projects (GBFund) to support the recovery of people and communities affected by the disaster and preserve tangible and intangible cultural assets in the stricken areas. 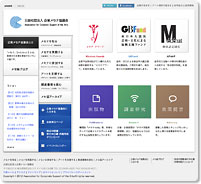 Data:
Association for Corporate Support of the Arts