Established originally as a government agency named the Korea Culture and Arts Foundation in 1973, the organization was later restructured with a committee of private sector specialists as the Arts Council Korea (ARKO) and reorganized as a non-profit organization in August of 2005. Led by a committee of 10 professionals in the various areas of the arts, ARKO operates as a private-sector organization taking the leadership role in formulating and implementing arts and cultural policies based on the National Culture and Arts Policy. Initially the sub-committees the members led were divided along the lines of the respective arts genres but after 2008 the agenda was realigned to fulfill the objectives of support for the arts, cultural welfare programs and community outreach programs.

ARKO’s main operations are in the area of grant programs to support the arts funded by donations (sponsorships) and income from its lottery business. Of a total annual budget of approximately 400 billion KRW (Korean won) (2010 figure), including operating expenses and costs for operating facilities, grant funding of 24.2 billion KRW is allotted for creative activities and performances/exhibitions, 6.3 billion for support of international exchange programs, 23.7 billion for arts welfare and outreach programs, and 22.6 billion for community support programs.

The facilities operated by ARKO are the ARKO Art Center, opened in 1979 as an exhibition facility and renovated with the founding of ARKO; the ARKO Human Resource Development Center, an educational center established to develop creative professionals in arts and culture through activities such as incubation programs in the performance arts; the Artist House, a community facility in and old government building in use for the arts since 1976 where artists are free to use the facilities for workshops etc.; and the Insa Art Space, opened in 2000 as an exhibition space, and supporting the visual arts with an archive and workshop programs. Since 1995, ARKO also administers the Korean Pavilion at the Venice Biennale.

Grants for Literature
Providing support for creation of literature or research, publication of distinguished literary magazines and spaces for writing, etc.

Programs Promoting Artistic Diversity
Support for experimental art and crossover art based on collaboration with fields outside the arts
Grants & Activities of International Programs
Grants for International Exchange of Arts and Culture
Supporting collaborative creation and performance of works with overseas organizations, North-South arts and culture exchange programs and strengthening international networking

Support for overseas tours of works presented in showcases at the Performing Arts Market Seoul (PAMS)
A program offering artists residency bases in places that are hard to reach by individuals, such as Antarctica
Donations & Cultural Outreach Programs
Crowd Funding
Providing a platform for gathering donations from the public to fund performances or arts events

Culture Voucher
A system that covers the entire cost of tickets to the performances, exhibitions, films or purchase of books, recordings, etc., for the people below the poverty line or on a low income or living in areas where access to the arts is difficult

Support for the Disabled
Support for the disabled for enjoyment of the arts and culture, artistic creation, support for arts/culture groups of people with disabilities and international exchange
Community Programs, Public Art Programs
Grants for City/Regional Productions
Supporting festivals or culture events planned by local governments for specific communities 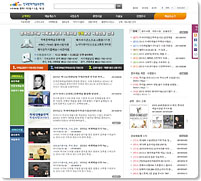