Sir Charles Clore, a British businessman and philanthropist, founded The Clore Foundation in 1964, and his daughter Vivien Duffield founded her own foundation in 1987 with the aim of continuing and consolidating her family’s history of philanthropy. The two foundations were merged in 2000 to become the Clore Duffield Foundation. The Foundation’s main targets are the arts and culture, while it also occasionally makes donations to other sectors such as health and social care. Grants vary from below £5,000 to in excess of £1million, and awards such as Clore Performing Arts Awards, Clore Poetry and Literature Awards or Artworks are also offered.

Clore Leadership Programme supports development of “cultural leadership” in the UK. The task force was established in 2002, and through consultations with cultural organizations and receiving written comments from more than 175 individual professionals, the direction of the program was set and it was launched in 2004. The target areas are the visual and performing arts, film, heritage, museums, libraries and archives, creative industries and cultural policy and administration. Defining it as an ability that is different from management competencies and business leadership, the program aims to develop cultural leadership in new ways that can be responsive to the recent changes in the cultural sector. The participants are supposed to have potential to be leaders of a new generation and professional experience, but there is no age restrictions. The participants are referred to as “Clore Fellows,” and in the past Fellows is, for instance, Mark Ball (a 2006/7 fellow) who was appointed in 2009 as Artistic Director of LIFT (London International Festival of Theatre). Fellows can participate in these programs for a period longer than two years:

In order to let participants take part in the program continuing their work, £15,000 at the maximum is offered if evidence of support from their employer is provided. Self-employed participants or those who take a career break are eligible for a bursary of £15,000. Consortium-supported participants who are nominated by their employers (the Performing Arts Consortium in 2011/12 consists of Barbican Centre, National Theatre and Royal Opera House) can be paid by their organization as usual during the program term. In addition, the annual gathering and other opportunities for networking with other Fellows after completing the program are offered, which gives the program capacity for sustainability and long-term strategy. 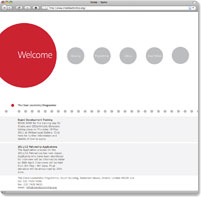