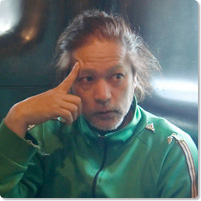 Norimizu Ameya, an artist who directs stages
with a strong degree of reality

Norimizu Ameya emerged in the 1970s as the leader of “Tokyo Grand Guignol,” a group that won a cult-like following. After that, from the 1980s into the late ’90s, he was active in different areas, such as contemporary art and running a pet shop, and then suddenly moved to a home in Tsukuba [outside of Tokyo] and withdrew from those scenes and remained for a while in quiet seclusion. Then he emerged again dramatically in the summer of 2005 to do an exhibition on the theme of “disappearance” in which he shut himself up in a box in a gallery for 24 days without coming out once, in a work called バ  ング  ント (as Va     ng    nts in which the blank spaces create “vanishing points” when filled in). He also answered the invitation from musician Yoshihide Otomo to perform live music and improvisation sessions frequently, and in 2007 he returned to the world of theater to direct Oriza Hirata’s play Tenkosei (Transfer Student). He has also drawn attention by directing a production of Sarah Kane’s 4.48 Psychosis for Festival/Tokyo in the autumn of 2009. We spoke with Ameya about his approach to creative activities that involves a unique lifestyle-as-art attitude in which he embodies a “full-body director” who uses his own body as a platform to connect all forms of artistic expression in a highly natural way.
(Interviewer: Art Kuramochi)

Norimizu Ameya
Born in 1961. Norimizu Ameya joined one of the major troupes of the Underground Theatre Movement in Japan, Juro Kara ’s Jokyo Gekijo in 1978, where he was in charge of the sound. In 1984 he formed the “Tokyo Grand Guignol,” rendering him cult popularity. In 1987, he founded [M.M.M.], a company working intensively on the relationship between mechanical apparatus and the human body. With the “SKIN” series, they established a cyberpunk scenic expression. After 1990 he left the field of theatre and began to engage himself with visual arts - still proceeding to work on his major topic - the human body - taking up themes like blood transfusion, artificial fertilization, infectious diseases, selective breeding, chemical food, and sex discrimination, creating works as a member of the collaboration unit Technocrat. After participating in the Venice Biennale with “Public Semen” in 1995, he suspended his activities as a visual artist. The same year he opened a pet shop in Higashi-Nakano in Tokyo, breeding and selling various animals. In 1997 he published a book, “Do you know how to live with animals?” (the title was later changed to “Do you know how to live with rare animals?,” when it was printed in paperback), where he not only gives information on the distinctions of, and how to breed rare pets, but also reflects on the co-habitation of humans and animals, based on his own experiences. In 2005, he presented a performance in the exhibition “Vanishing Points,” which marked a restart of his activities in visual arts after a long break. This is a work in which he is locked up in a 1.8 meter large white box. With only a minimum of fresh air and a fluid diet he stayed inside the box for 24 days, where knocking on the walls was his sole communication with the outside world. The artist’s presence was the elementary component of the artwork. In 2007 he directed Oriza Hirata ’s Tenkosei (Transfer Student) within the framework of the Shizuoka Performing Arts Center’s (SPAC) “SPAC autumn season 2007,” casting real high school students. The work was also performed at the Festival/Tokyo 09 Spring. 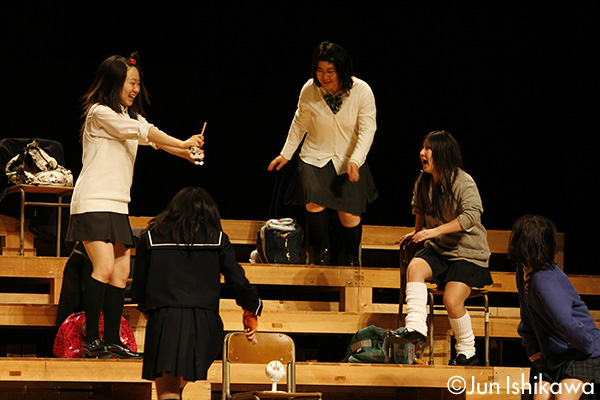 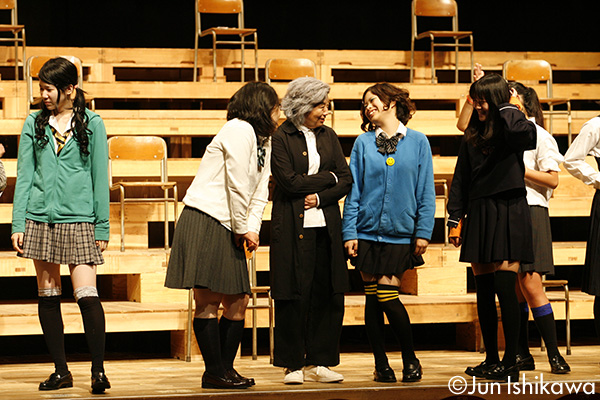 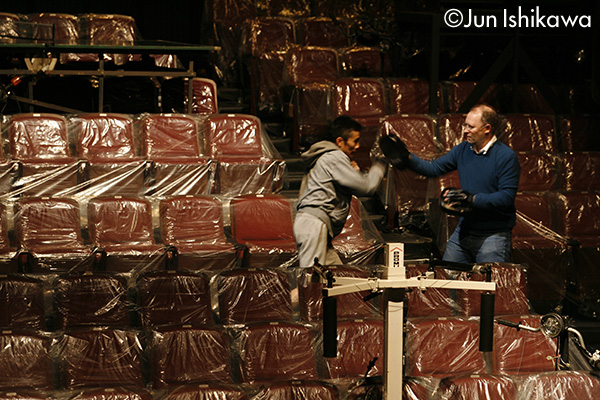 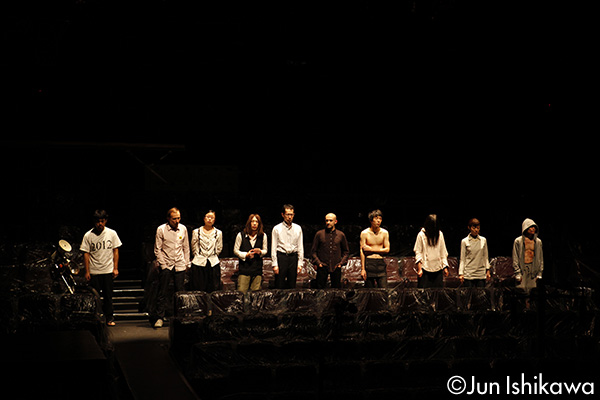 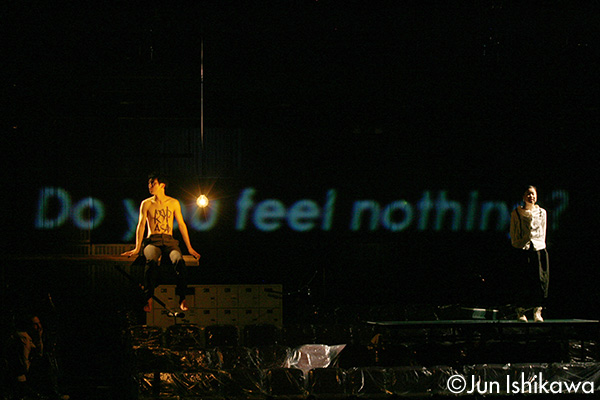