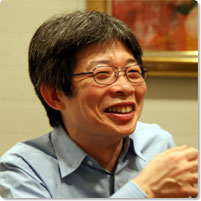 Speaking with Oriza Hirata, a new opinion leader in the world of contemporary theater

Oriza Hirata has grown from a leader of Japan’s small theater scene with his “contemporary colloquial theater” in the 1990s to become active in multiple fields as a playwright, director, manager of a private-sector small theater, artistic director of a public arts and culture hall and a university professor. In this long interview the 44-year-old opinion leader talks about his recent activities that include ambitious pursuit of international collaborations with Korean, Chinese and French artists.
Interviewer: Akihiko Senda

Oriza Hirata
Born in Tokyo in 1962, Oriza Hirata is a playwright, director and leader of the theater company Seinendan. He is also the manager of the Komaba Agora Theater in Tokyo and a professor of Osaka University Center of the Study of Communication-Design.

From his involvement in the “small theater” scene as manager of the Komaba Agora Theater in Tokyo, Hirata founded his own theater company Seinendan in 1983 as a company operating mainly out of that theater and began activities as a playwright and director. He went on to present his theory of “Contemporary Colloquial Theater” and to re-examine drama from the standpoint of actual Japanese life, and the resulting new style of “quiet Theater” became a leading trend of the 1990 small theater world. His directing method based on detailed calculation of effect also drew attention and led to a series of productions in collaboration with the playwright Masataka Matsuda that won popular acclaim.

Hirata writes critiques and essay regularly for the press and periodicals not only in field of theater but also on the subjects of education, language and all areas of the arts. In recent years he has fostered international exchange through performances and workshops with France and S. Korea as well as Australia, the USA, Canada, Ireland, Malaysia, Thailand Indonesia and China. Also, based on the Hirata’s workshop methodology written up in school textbooks since 2002, some 300,000 school children have created plays in their classroom using the Hirata method. He has also worked with the handicapped and been involved in a wide range of theater-related activities such as developing drama education programs for local governments in places like Komaba [where his theater is located] and in tie-ups with NPOs.

Using the Komaba Agora Theater Hirata runs and the rehearsal studio and experimental space Atelier Shunpusha, an undefined group of directors an playwrights belonging to Hirata’s theater company Seinendan has been formed called the “Seinendan Link” and is creating its own independent productions since 2002. Through this system, any of the company’s members can submit proposals for productions, which are then developed into actual productions for performance primarily by the younger members of the company and presented as side performance along with the company’s main productions so that their creative activities can become subjects for critical review. This system has enabled several intra-company units to pursue independent activities. Among the Seinendan artists who have gone independent in this way are Shiro Maeda of the Gotand-dan and Motoi Miura of Chiten. Also, since 1989 the Komaba Agora Theater has hosted a performing arts festival aimed at making it easy for regional theater companies to give performances in Tokyo. Since 2001 this festival has been held biannually in the spring and summer under the name “Summit.” Prominent young artists of the day are chosen to serve as festival director and be responsible for the program selection and other important decision-making. The festival director this year is the leader of the theater company Chelfitsch, Toshiki Okada.

Hirata’s awards include the 39th Kishida Kunio Drama Award for playwriting with Tokyo Notes in 1995, the 5th Yomiuri Theater Grand Prix “Best Play” and “Best Director” awards for Tsuki no Misaki ( The Cape of the Moon ) (written by Masataka Matsuda, directed by Oriza Hirata) in 1997, the 9th Yomiuri Theater Grand Prix “Best Play” award for Ueno Dobutsuen Saisaisai Sugeki ( Attacking the Ueno Zoo for the Fourth Time ) (script, composition, directing by Hirata) in 2002 and the 2nd Asahi Performing Arts Award for Sono Kawa wo Koete – Gogatsu ( Across the River in May ) (Japan-Korea joint playwriting and directing / New National Theater, Tokyo) in 2003. Among his many publications other than plays are Engeki Nyumon (Introduction to Drama) (Kodansha), Hanashikotoba no Nihongo (Colloquial Japanese) (a dialogue with Hisashi Inoue, Kodansha) and Geijutsu Rikkoku Ron (Arts as the Basis of a Nation) (Shueisha). 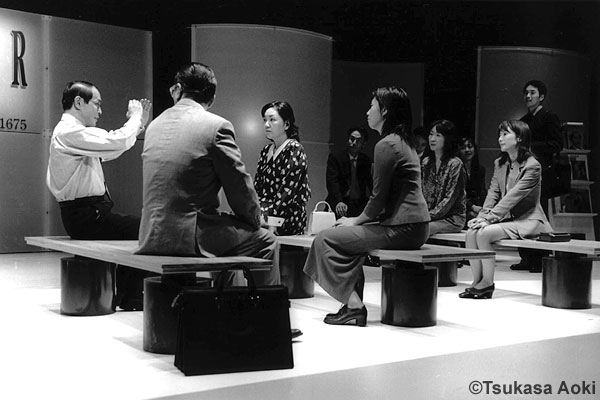 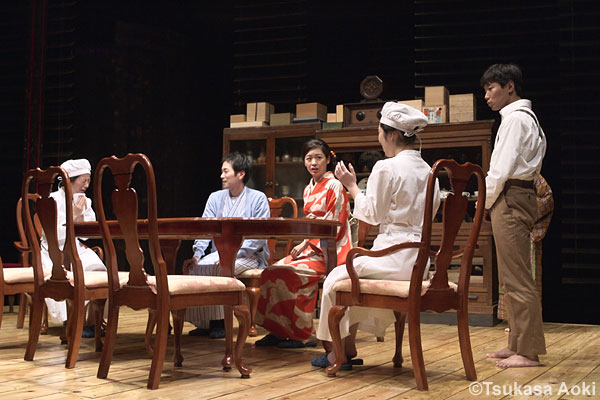 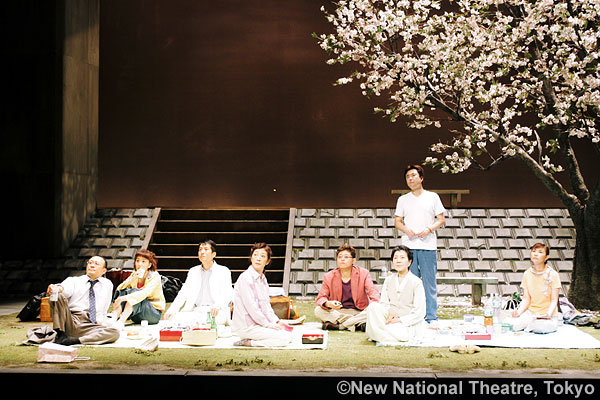 Across the RIver in May
(May. 2005, at New National Theatre, Tokyo)
Photo: Masahiko Yako