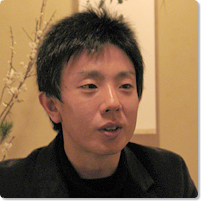 Looking to the future of Noh with Hirotada Kamei, an Otsuzumi (Okawa) artist who calls himself a Noh actor

Noh is a uniquely Japanese traditional performing art that combines the acting of actors known as shitekata and wakikata who perform to the narration called utai and a musical accompaniment known as hayashi . This hayashi is an ensemble of ultimate simplicity, consisting of just four instruments, three drums, the kotsuzumi , a small shoulder-held hand drum, the otsuzumi , a larger knee drum, a taiko (a standing floor drum) and a flute ( fue ). Another important element of this hayashi accompaniment is the vocal punctuation provided by the otsuzumi player. Among today’s otsuzumi players, no one is the focus of more attention today than Hirotada Kamei. Despite being still in his mid-30s, Kamei is active at the forefront of his profession, participating in more than 200 performances a year while also instructing the next generation of performers through his positions at the National Noh Theatre and the National Theatre. Hirotada Kamei is the first son of Tadao Kamei, a National Living Treasure and Noh otsutsumi master of the Kadono school, and his wife, Sataro Tanaka, the 12th-generation head of the Tanaka school of Kabuki nagauta hayashikata . From the age of three Hirotada studied under his father, and today he continues the pursuit of his art as leader of the “Hirotada no Kai” and by actively seeking contemporary developments of through performances of “Noh in the Present Tense” in collaboration with the Noh-Kyogen masters Mansai Nomura and Yukihiro Isso. He has also formed a group with his two younger brothers who are Kabuki hayashi performers called Sankyokai in his ever expanding realm of artistic activities. In this interview we talked with Hirotada Kamei about his encounter with the otsuzumi , the contemporary Noh world and his vision for the future of Noh.
Interviewer: Kazumi Narabe

Hirotada Kamei
Born in 1974, Hirotada Kamei is the first son of Tadao Kamei, Noh otsuzumi master of the Kadono school, and his wife, Sataro Tanaka, the 12th-generation head of the Tanaka school of Kabuki and Nagauta hayashikata . After his first performance on the Noh stage in 1982 in the play Kappo , he performed not only hayashi but child roles in a number of plays. Until now he has performed otsuzumi in numerous Noh plays including Ishibashi , Rangyoku , Okina , Dojoji , Sagi , Sotoba komachi , Tokusa and Higaki . He has participated in overseas performances in France, Germany, Ireland, Norway, the Netherlands, Belgium, India, China, Hong Kong, South Korea and the countries of Africa as well. He has also composed numerous new Noh plays and revivals of old plays. In 2003, he was awarded the Encouragement Prize of the 18th Victor Traditional Arts Promotion Foundation Awards, and in 2007 he received the 14th Japanese Traditional Cultural Contribution Award. He is the leader of the “Sankyokai,” “Keikokai” and the “Hirotada no Kai.” He also serves as an instructor at the National Noh Theatre and the National Theatre’s training programs. 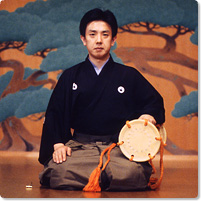 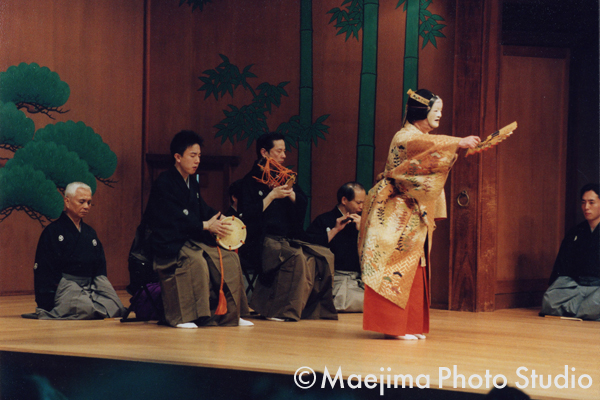 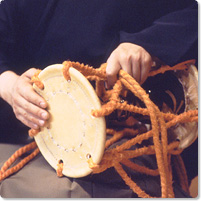 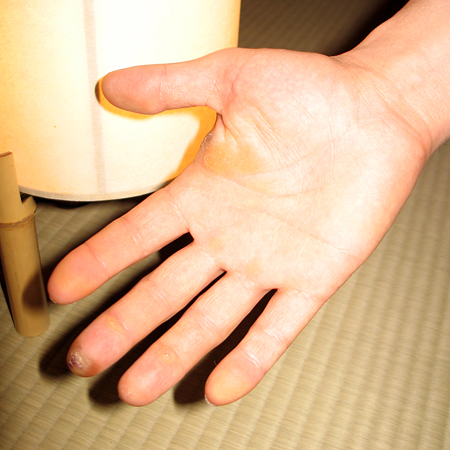