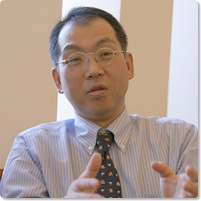 As the Yokohama Noh Theater ventures into the uncharted field of traditional arts production, attention focuses on its planning expertise

Opened in 1996 and managed by the Yokohama Municipal Arts Promotion Foundation, the Yokohama Noh Theater is known for its expertise in planning and ability to draw a large audience. In 2004 the Theater won the Noh world’s most prestigious award, the Saikasho, for ”demonstrating a new working model for a Noh theater for a new age.“ It is also the recipient of the JAFRA Award for innovation public-sector cultural facilities and the Excellence Award of the Agency of Cultural Affairs Arts Festival for the planning and staging of ”Buke no Kyogen, Choshu no Kyogen“ (Kyogen of the Samurai Class, Kyogen of the Townspeople). In the Noh world, where the concept of producing is virtually non-existent, the Yokohama Noh Theater has taken a new approach to producing works as a public Noh theater, and with its catch phrase of ”A Noh Theater that is accessible and easy to enter,“ it has succeeded in attracting new audience. In recent years it has also ventured out to produce collaborative programs with traditional artists of other Asian countries and active overseas exchange programs. To learn about these innovative activities, we spoke with Masayuki Nakamura the producer in charge of planning at the Yokohama Noh Theater since its opening. (Interviewed by Kazumi Narabe)

Masayuki Nakamura
Chief Producer of the Group for the Promotion of Cooperation of the Yokohama Municipal Arts Foundation; Assistant Director of the Yokohama Noh Theater.
Born 1959. After working in the private sector, Nakamura started working for the Yokohama Municipal Arts Foundation in 1991. He has been involved in the Yokohama Noh Theater since it opened. The publication of his book Issatsu de Wakaru Nihon no Dento Geino introducing Noh/Kyogen, Kabuki, Bunraku, Gagaku Kagura, traditional Japanese dance and variety entertainment is scheduled for the end of February 2009 from Tankosha Publishers with English translation.

* Mikado
This is an operetta that premiered in London in 1885. It was created within the Japonism boom that occurred after the holding of a Japan Exposition. It was written by William S. Gilbert and the music composed by Arthur Sullivan. It is a knockabout play that takes place in a fictional country and includes satire of the British high society and the servant class. According to the History of Japanese Opera by Keiji Masui, there were frequently productions of Britain’s popular Gilbert and Sullivan plays in Yokohama, due to the city’s large British expatriate community. In 1887, two years after its London premiere, the Saliger Company came to Japan and gave performances of the play at the Yokohama Public Hall on April 28 and 30. Due to the fact that a “Mikado” appears in the play and the title, implying the Emperor of Japan, the title was changed to Sotsugyo Shita Sannin no Otome (Three Graduated Debutantes) and some modifications were also made in the script to avoid disrespect toward the Imperial Family. After that, performances of the operetta were banned in Japan until after World War II. 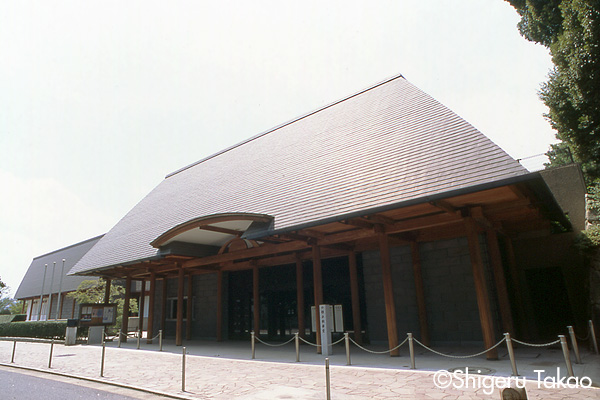 Yokohama Noh Theater
The architecture of the stage in the Yokohama Noh Theater was originally built for the estate of the lord of Kaga-han (today’s Ishikawa Pref.), Maeda Nariyasu, in the Negishi district of Tokyo in 1875 and later moved to the estate of Matsudaira Yorinaga in the Somei district of Tokyo where it was used for Noh plays until 1965. It is the oldest existing stage in the Kanto region and 8th oldest in all of Japan. And it is the oldest stage in all of Japan that is still being used regularly for Noh performances. “It naturally has great value as a cultural asset and it is especially valuable because it is a stage that has gained additional value because of its constant use over such a long period, ” says Nakamura. It is now registered as a Tangible Cultural Asset of the City of Yokohama.

Main Awards:
“Sakika” Award (2004)
“JAFRA Award” (Ministry of Internal Affairs Award) (2006) for innovative public sector facilities.
“Excellence Award of the Agency of Cultural Affairs Arts Festival” for the planning and staging of “Buke no Kyogen, Choshu no Kyogen” (Kyogen of the Samurai Class, Kyogen of the Townspeople) 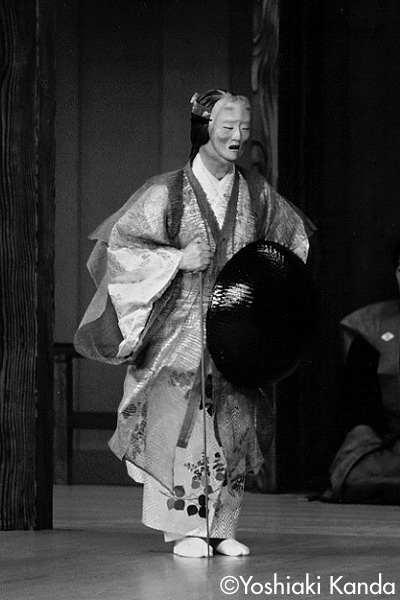 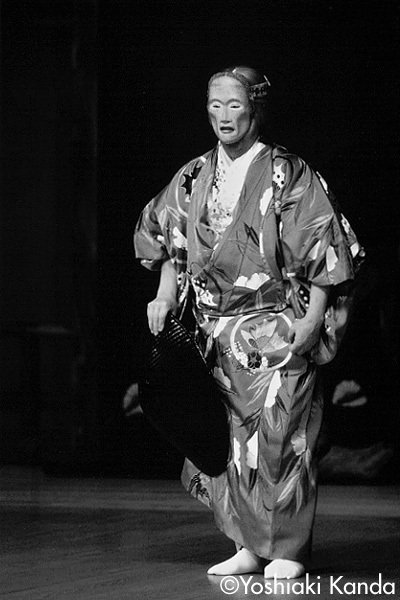 ” Sotoba Komachi
as Hideyoshi Saw It“
(Nov. 2002)
Difference in costumes (above is the contemporary version costume and below is the Momoyama Period version)
Photo: Yoshiaki Kanda 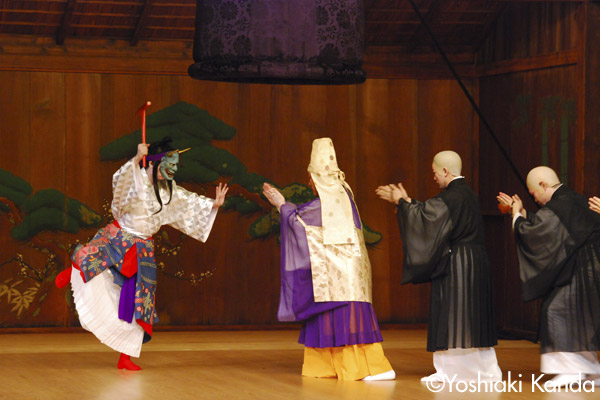 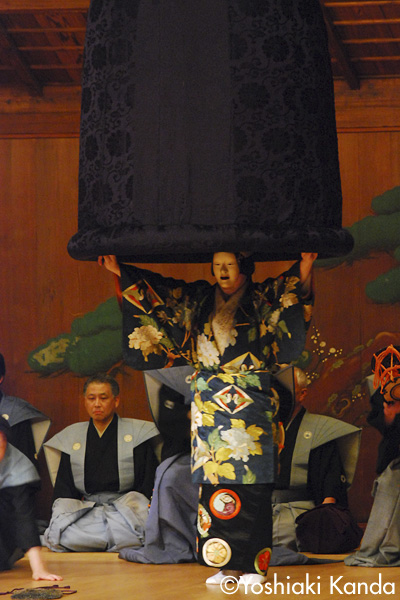