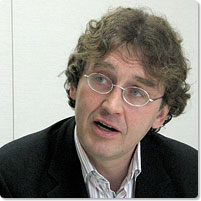 As it prepares to reopen with a newly renovated building, Berlin’s House of World Cultures is broadening its vision and role

The House of World Cultures (Haus der Kulturen der Welt: HKW) of Berlin is a government organization established in 1989 for the purpose of introducing non-European culture in Germany. Since then it has presented a wide range of cultural programs for the people of Germany. This August, a large-scale renovation of the HKW facilities will be completed and its programs will launch anew under the direction of Bernd Scherer. We spoke with Mr. Scherer about the new face of the HKW. Interviewer: Fumiko Toda, at the Japan Foundation, March 14, 2007

Bernd Scherer
Born in 1955. Bernd Scherer holds a doctoral degree in Philosophy from the Universität des Saarlandes and is author of several publications focusing on aesthetics and international cultural exchange. He comes back to the House of World Cultures as Director in 2006 from the Goethe Institute, where he served as Director of the Goethe Institute Mexico from 1999 through 2004 and subsequently as Director of the Arts Department for the Head Office in Munich. Previously, Scherer headed the Department of Humanities and Culture at the House of World Cultures and also served as its Deputy Director. The start of his directorship thus represents a return to an institution in which he from 1994-1999 played a decisive role with respect to organizational and artistic development. 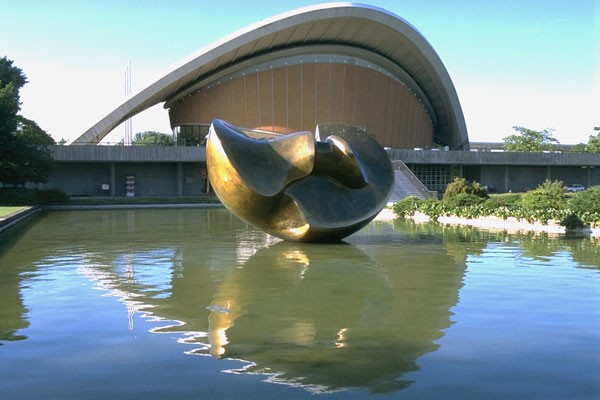