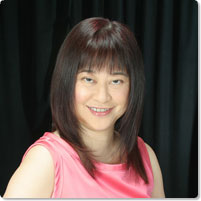 A look at the Singapore arts scene, invigorated in recent years by new theaters and festivals

The Singapore arts scene has been marked by the recent opening of the Esplanade as the largest theater in the region, as well as new theaters like the Arts House and the Drama Center. And, the “Renaissance City Report” presented by the Singapore government in 2000 stressed the importance of the arts and brought new funding that has invigorated the arts scene. To learn about the status of these new developments, we spoke to the Singapore National Arts Council’s Senior Director of Arts Cluster Development and director of the Singapore Arts Festival, Ms. Goh Ching Lee. (Interview: Ken Takiguchi)

*The Esplanade
This theater complex opened in 2002 has a 2,000-seat theater, a 1,600-seat concert hall as well as a theater studio and recital studio, each with a capacity on over 200 seats. Also holding events like free outdoor weekend concerts each week, this facility is establishing itself as a vital center of the performing arts in Singapore.
www.esplanade.com

*The Arts House
This arts center opened in 2004 occupies the renovated former parliament building built originally in 1827. In addition to exhibition galleries, it also has a small capacity “black box” space and a movie space.
www.theartshouse.com.sg

*Drama Center
Opened in November 2005, this is Singapore’s newest theater facility. The old Drama Center opened in 1955 was a familiar venue for primarily performances by local theater companies until it had to be closed due to an expansion of the Singapore Museum of History. As the replacement for the former facility, the new Drama Center was built within the newly built National Library. This is one of the theaters run directly by the National Arts Council. It has a 615-seat proscenium theater and a 120-seat black box space.

*The 2-year Major Grand Scheme
This is a scheme of the Arts Council that offers two-year grants to fund the activities and works of arts companies. As of 2005, six companies have been designated for this grant, which now has a yearly outlay of more than 2 million (Singapore) dollars in support money. Among the groups receiving this grant are the companies Singapore Dance Theatre, the Necessary Stage and Theater Works that appear in this interview.

*Singapore Dance Theatre
This dance company was established by the late Anthony Then and the present Artistic Director, Ms Goh Soo Khim. The company also has strong ties with the Asian contemporary dance scene, as exemplified by collaborations with artists such as Boi Sakti of Indonesia.
www.singaporedancetheatre.com

*Theater Works
This is a theater company led by the internationally active artistic director Ong Keng Sen. The company is actively involved in international collaborations developed from Ong’s artistic network. It is also involved in cross-genre projects with artists from the fine arts and film worlds, such as the “Flying Circus” that was performed at the Yokohama International Triennale of Contemporary Art in Japan.
www.theatreworks.org.sg

*Projects with Akram Khan and Ea Sola
In connection with the 2004 Singapore Arts Festival, a 2-week residency was offered to the UK-based company of Akram Khan, which resulted in the creation of a new work titled Ma . This work was performed as the opening event of the festival, after which it toured to London, Paris, Rome, Amsterdam and New York. In 2006, the Vietnamese choreographer Ea Sola did a re-interpretation of the 1995 work Drought and Rain , which deals with the war-time memories of the elders of a village in northern Vietnam. The participation of the Vietnam National Ballet dancers gave this work a two-generation perspective.

*The Necessary Stage
This is a theater company formed in 1987 by Alvin Tan and Haresh Sharma. It is known for works that touch on social issues in telling ways. It is also a company that actively pursues collaboration with foreign artists and outreach programs to involve local communities. Since 2005 it has also organized the annual M1 Singapore Fringe Festival.
www.necessary.org 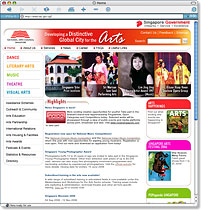 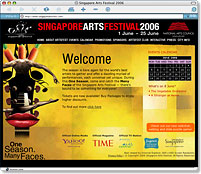 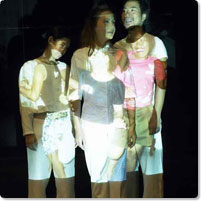