If one were to describe European dance since the 1990s in geopolitical terms, it would be a disintegration of the center and dispersion toward new cells.

Louvre Museum
*1
région
(regional)
Referring to the 1964 division of the country into inclusive regional governments above the
département
level. However, these bodies were only given the power to rationalize and implement programs initiated and administrated by the national government departments
*2 DRAC
directions régionales des affairs culturelles
(regional bureaus of cultural affairs)
Bureaus established throughout the country as part of the program of decentralization of power in the 1970s. Besides serving as intermediaries in the distribution of cultural funding these bureaus also served an advisory and evaluating function with regard to the related local agencies based on Ministry Of Culture policy.
Westminster City Council 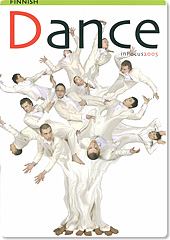