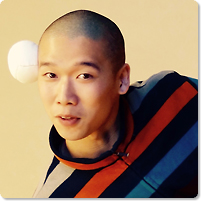 “What new realms of physicality can “Floor Juggling” open up?

Amid the increased attention on contemporary circus in recent years, Hisashi Watanabe (Company Atama to Kuchi ) has emerged on the Japanese performing arts scene like a shooting star with a new type of performance that skirts the boundaries between contemporary dance and juggling, which he calls “Floor Juggling.” His performances include ones like the solo work Sakasa no Ki (Inverted Tree) that display his unique physicality, combining amazing flexibility and control of his body, and others like a duo piece with a juggler titled WHITEST . In this interview we seek the philosophy behind Watanabe’s unique physicality, which has evolved from a focus on the potential of his own body that began in childhood.
Interviewer: Takao Norikoshi, dance critic

I would like to say something from a dance perspective. The first time I saw your performance of Inverted Tree , I truly felt that I wanted many dance people to see it too. There have been times in the history of the dance world when someone with a very different and exceptional physicality comes along and stimulates the whole scene. In the past Butoh and street dance have been that kind of phenomena, and now it is circus. In that sense, I feel that your Inverted Tree being chosen as a finalist work for the Toyota Choreography Award is a very significant thing. Because, in fact many dance people were really surprised and excited by your performance.
I think, artworks that already exist everywhere in the world cannot save anyone.
What do you mean by “cannot save anyone”?
I feel that contemporary dance is a new form of culture that was created by people who thought that neither ballet nor modern dance were right for them and then took response for that stance. And by creating a new type of dace, they were saving, they were providing a form of salvation for other people who thought the existing forms of dance were not for them but didn’t know what to do about it. I believe that art is a repetition of that process, and it isn’t art unless you save someone who isn’t satisfied [with the existing forms of expression], and I feel that life doesn’t have meaning without it.
Originally contemporary dance implied dance of such freedom and diversity that it couldn’t be classified into any existing genre, but eventually, after 30 years since its birth, it has come to be regarded as a genre in itself and, somewhat unfortunately, it has taken on an aspect in which people think it is a home that they must protect.

I have heard that you will be moving your base of activities overseas from 2017. I hear that you will be going to France first, and what are your plans going forward?
Due to some recent developments, my activities with the company Atama to Kuchi will be mainly involving just myself and our coordinator Sakurako Gibo. Our plans going forward, including some that are not yet finalized, involve invitations to perform in France, Austria, Italy, Hong Kong and Japan and to do creation work as well. I have already moved out of my home in Japan, so I have no permanent residence at the moment, but I am finding this condition of having no home to be quite wonderful. Because, there is no place that I have to go back to (laughs).
In fact, right now I am personally doing a “Survival Project.” It is bothersome to have the feelings that I have to put clothes on, I have to go back where I left my bicycle, I have to go back home, etc. I want to think about these kinds of troublesome thing and environment from the standpoint of juggling. Having to get grants and work at part-time jobs in order to keep juggling; these kinds of societal restraints are also troublesome. Everyone appears to be having such a hard time, but I think we are now in an era when it isn’t necessary to suffer like that. I want to get rid of those societal constraints and repression and just do juggling full-time!
You are saying some pretty amazing things all of a sudden, aren’t you?
In order to do nothing but juggling all the time, I want to live using as little money as possible. I don’t want generate trash whenever possible. The other day when I went to the mountains to gather edible plants, I also did things like jumping streams and doing some rock-climbing on sheer boulders. I don’t need to do training, because the environment naturally gets me jumping (streams) and hanging from boulders. Because I went barefoot, I could also experience and gather information (through my feet) about coldness and warmth, and wind and sunlight. But living in society as we do, we have lost the very opportunity to use the body in these ways. It is not that I want to become a nature person, but I do want to be as pure and beautiful as living (sentient) creatures can be and should be. So, in that sense, I am searching for ways to become “an animal in human form.”
In other words, through this “survival” you want to open up new senses as a sentient being?
I have an idea of juggling as something that can rise to the higher levels of dance and music. Musicians make music by training and refining the relationship between the musical instrument and their body. Dancers also perform based on the relationship between the floor and their body and jugglers pursue the dynamic relationship between their juggling tools and their body. All of these involve the relationship between the human being and some thing, and I could even go on to say the relationship between the human being some thing and the environment they are in, but there is no activities that encompasses those three in their entirety. That is what I am seeking to do. Speaking in larger terms, by seeking the essence of juggling in the relationship between the human being (me), things and the environment they (we) are in, I believe that it is possible to change the way one lives.

Hisashi Watanabe
Born in 1986, Watanabe began juggling at the age of 20, and in time his interest has shifted toward the body itself, leading him to become involved in dance as well. Since 2013, he has performed both in Japan and abroad as a member of the dance company Monochrome Circus. In 2015, he presented his solo juggling piece Inverted Tree , and that same year he started the company Atama to Kuchi. The company presented the work MONOLITH as their first production, drawing attention and acclaim from the dance, juggling and circus scenes. In 2016, his work was selected as a finalist for the Toyota Choreography Award. That same year, in a rare case for a new company, he was given the opportunity of an independent performance at KAAT and presented the new work WHITEST . Company

(*) Contemporary circus:
While the 1970s, when the shrinking audience was forcing numerous big circus companies with long traditions to shut down, it gave birth to a new form of circus called Nouveau Cirque (New Circus) by Jerome Thomas, et al. The efforts like France creating its National Circus Arts Center in the 1980s, when Jacque Lang was Minister of Culture, were made to strengthen and support circus and street performance culture. A representative company in this new movement was Cirque du Soleil established in Quebec, Canada in 1984. This new kind of “art circus” that focus more on human performers (rather than animals), not only in fields such an acrobatics and juggling but also employing arts from theater, dance music and visual arts to greatly expand the breadth of artistic expression quickly spread worldwide and came to be known as “contemporary circus.” Notably, in 1993, Hors Les Murs was established in France as an information platform for street arts and contemporary circus. In Japan, beginning with the first Cirque du Soleil performances in Japan in 1992, today companies from France and Belgium are also invited regularly to perform. 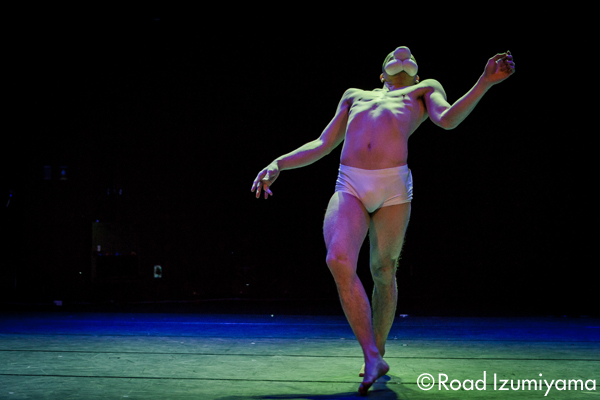 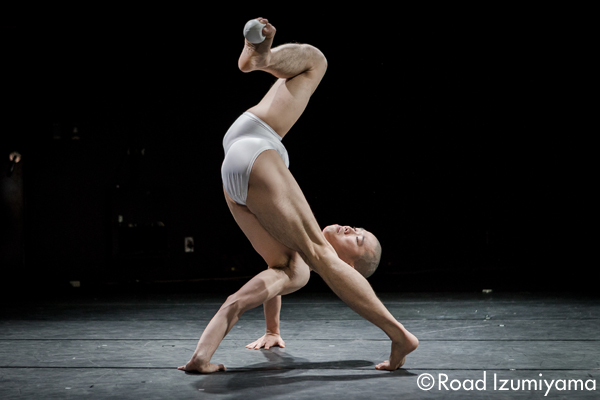