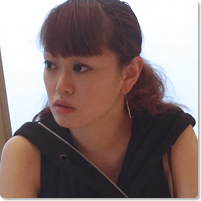 Toko Nikaido and her spirit behind the “berserker” performances

Born in 1986, Toko (Toco) Nikaido formed the performance group “Banana Gakuen Junjo Otome-gumi” (Banana academy pure-hearted girls group) and began a style of wild, frenzied performance they called “ ohagi live” performances. Taking as their base the ota-gei (the group performances by members of the audience at the live performances of girl “idols”) while drawing on elements from anime, idol live performance, student protest demonstrations and more in a wild collage of performer dance, music and video, these ohagi live performances have attracted attention for the images they present of the wide variety of sub-culture that continues to be consumed in Tokyo. After dissolving Banana Gakuen in 2012, Nikaido formed a group of these performers named Miss Revolutionary Idol Berserker. In 2013 they toured performances in Switzerland, the Netherlands and Germany, and in 2014 to two German cities (Hamburg and Berlin), while this year they are scheduled to perform in Germany and Austria from April 24 to May 8. In this interview, Nikaido talks about the reasons she abandoned superficial theater to face head-on the realities of present-day Tokyo with ohagi live performances.
Interviewer: Masashi Nomura [producer / dramaturg] 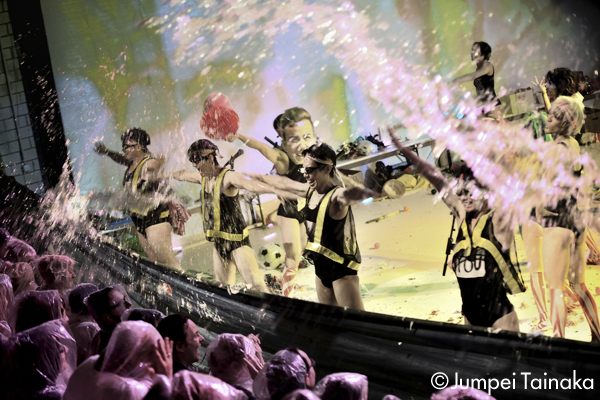 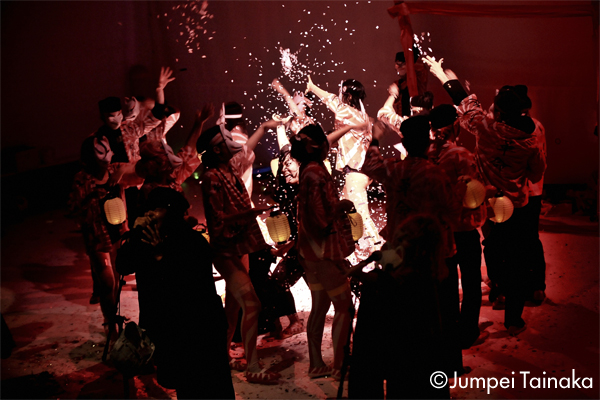 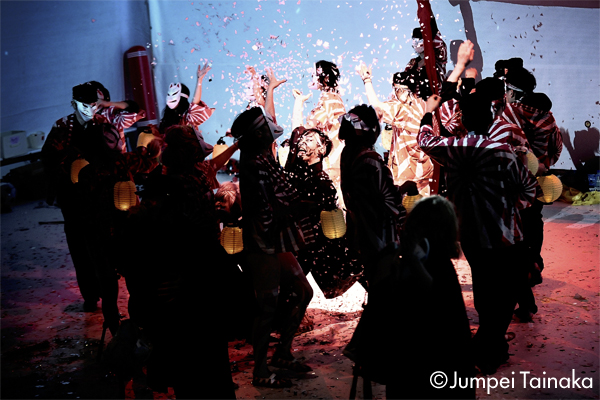 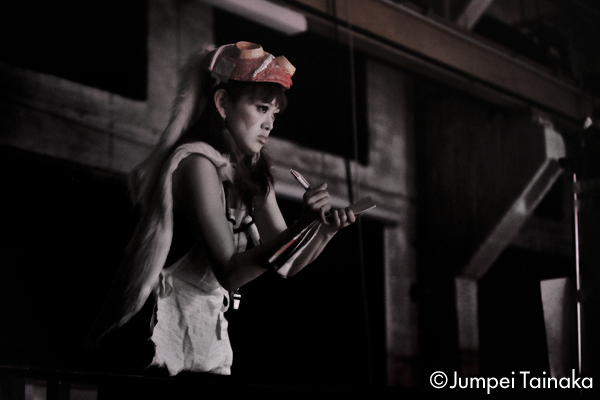 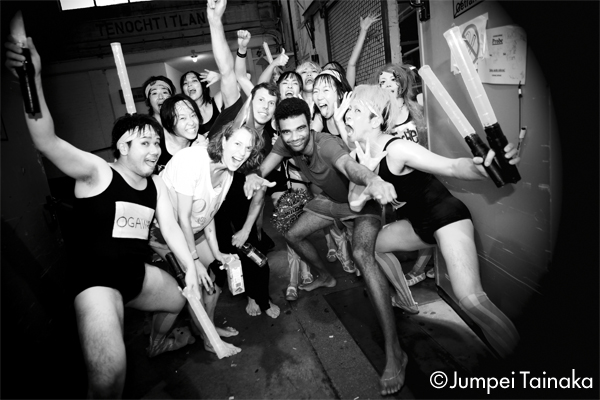 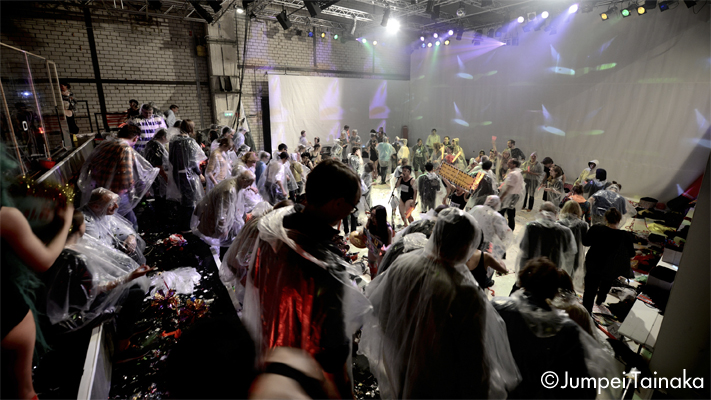 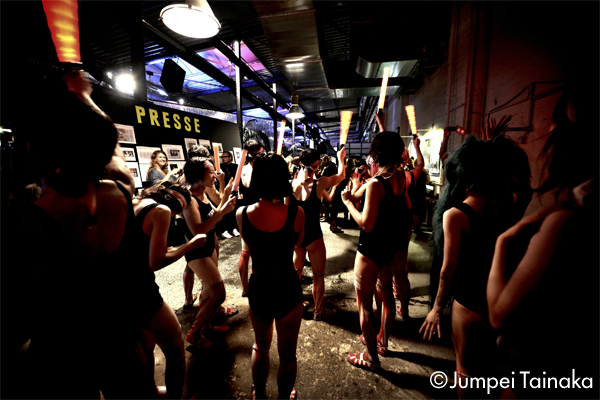