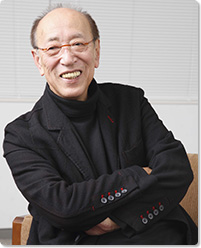 Yukio Ninagawa is certainly one of Japan’s busiest theater directors today. A glance at the calendar of projects he is involved in from this year into next year shows that he is undertaking a succession of ambitious projects in his capacities as artistic director of the commercial-base Bunkamura Theater Cocoon and the public Sai-no-Kuni Saitama Arts Theater. In March he worked with playwright Hisashi Inoue , known for his works rich in humor and deep knowledge of his subjects, to present his new work Musashi . In May he presented a re-staging of the play Ame no Natsu, Sanjunin no Juliet ga Kaette Kita (Summer of Rain, the return of 30 Juliets) by Kunio Shimizu , a playwright with whom Ninagawa has worked for many years on Theater Cocoon productions, and in June he restaged his Kabuki-version Shakespeare play NINAGAWA Twelfth Night and gave London performances. In September he presented the nine-hour work Coast of Utopia by Tom Stoppard, and in November he presents 12 Angry Men . For January of next year he will be directing a debut performance of Chi wa Tattamama Nemutteiru , the first play ever written by Shuji Terayama. In March he presents the 22nd sequel in the Saitama Arts Theater’s program to present the full works of Shakespeare, which features this time Henry VI (in a shortening of the original triptych into a diptych with a total stage time of six hours).
Another center of attention in Ninagawa’a activities is the two projects he has launched since assuming the position of artistic director at the Saitama Gold Theater in 2006. One is for unknown or amateur seniors over 55 years of age that is dedicated to “searching for a new form of theater based on personal histories” and nurturing professional stage actors. The other is called Saitama Next Theater and is dedicated to training and nurturing the next generation of young actors. This October, Saitama Next Theater presented its first production, a play titled Sanada Fuunroku by Yoshiyuki Fukuda, a playwright who would eventually have a strong influence on contemporary Japanese theater. This play stands as a masterpiece of Japan’s 1960s, a time when the country was shaken by student political revolt and a revolution in theater that brought a shift from the Shingeki (New Theater) movement to the avant-garde Small Theater movement. As a thespian of the era of student revolt, Ninagawa has taken up the task with his young actors of re-evaluating this and other works from that era of revolution and innovation. In this interview he speaks about this endeavor with Next Theater and its reflection of his personal views on theater, and about his activities with the elderly members of his Gold Theater in search of new forms of theater.
(Interviewer: Akihiko Senda; venue: Saitama Arts Theater, Sept. 28, 2009)

Yukio Ninagawa
Born in Saitama Pref. Artistic director of Sai-no-Kuni Saitama Arts Theater. Joined the theater company Gekidan Seihai in 1955 and founded the company Gekidan Gendaijin Gekijo in 1967. Made his debut as a theater director in 1969 with a production of Shinjo afururu keihakusa by Kunio Shimizu . Founded Sakura-sha with Kunio Shimizu and others in 1972. Following activities in these two companies, he became active as a commercial theater director with the Nissay Theater production of Romeo and Juliet . Since then he has continued to be one of Japan’s representative theater directors, presenting a string of highly acclaimed productions. Since assuming the artistic directorship of Sai-no-Kuni Saitama Arts Theater in 2006, he began a new challenge by launching the Saitama Gold Theater project for people over 55 years of age, once again attracting much attention in the society.

Saitama Next Theater
The founding of this project was inspired by the meeting with many young actors in the 2008 production of Between 95kg and 97kg . Recently, open auditions were held to select the cast for Sanada Fuunroku (Tale of the Sanada Family) from among more than 1,200 applicants, with 27 men and 17 women being selected (total: 44). The project will continue to mount productions of new works with the aim of nurturing young actors. 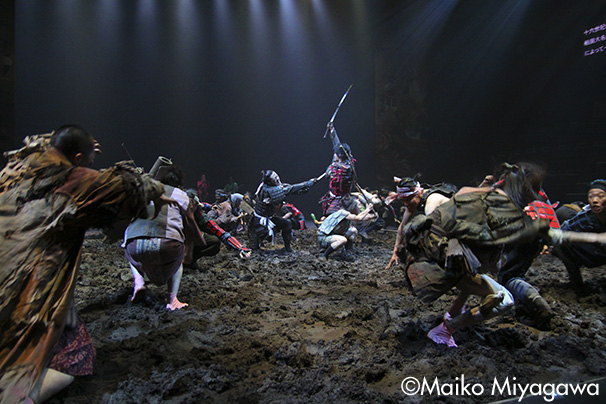 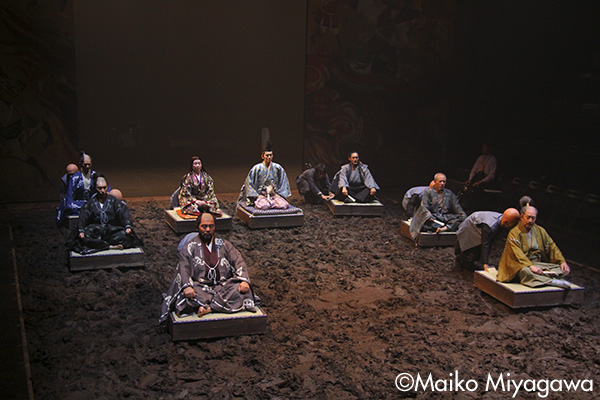 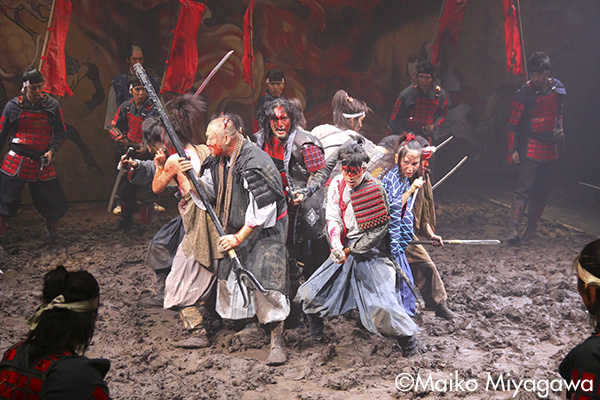 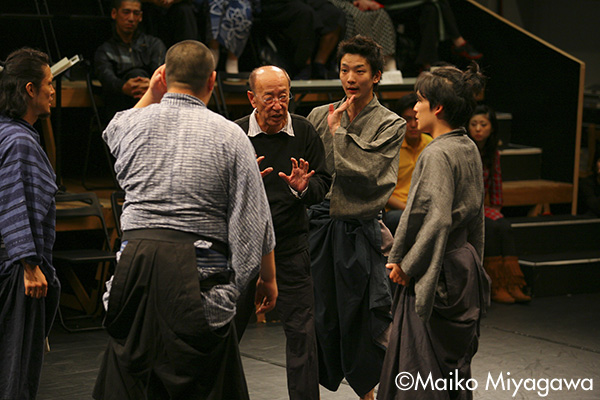 Saitama Gold Theater
Founded in 2006 out of Ninagawa’s desire to search for a new form of theater based in the personal histories of the people of age, this theater project for people over 55 years of age seeks to nurture professional actors. Ninagawa personally spent two weeks auditioning people of over 55 years of age from among 1,200 applicants and selected 48 final members between the ages of 55 and 80. All the members gather four hours a day, five days a week for basic training and acting instruction by Ninagawa and his staff. The activities are characterized by etude sessions using the texts of plays by Kunio Shimizu, a playwright who led the angura (underground) theater and political theater movements of the day, working with Ninagawa from 1969 to ’74 (important works in the history of modern Japanese theater) and other classic drama like Chekov. Performances in 2006 included the interim performance called “Pro-cess” in July (anthology) and in December (Kunio Shimizu’s Karasu yo, Oretachi wa Dangan o komeru ). In 2007, the company preformed its first official production with the work Senjo no Picnic (Picnic on the Boat) written for this production by Ryo Iwamatsu . In 2008 the company performed two old works by Kunio Shimizu, Omoide no Nihon ichimannen for the Pro-cess program and Between 95kg and 97kg for the company’s second official production. Between 95kg and 97kg is a work written for the second official production of the company GEKI-SYA NINAGAWA STUDIO (present NINAGAWA STUDIO) founded by Ninagawa with young actors in 1984. In 2009, the company performed My Night at Ando’s written specially for this production by Keralino Sandorovich . In the future, plans call for Saitama Gold Theater to present new plays written by newly commissioned playwrights at a pace of one a year. Presently the company has 42 members. 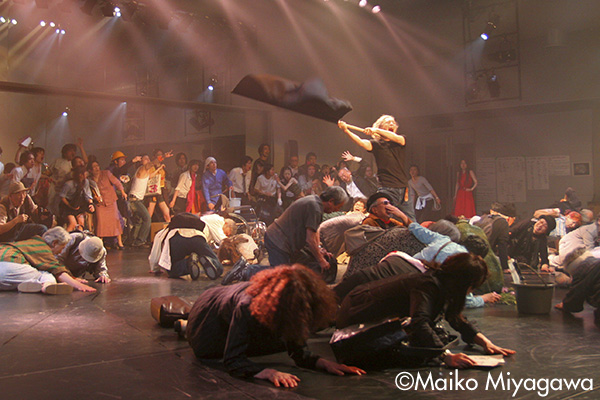