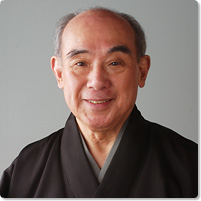 The 85-year-old Kyogen artist Sennojo Shigeyama has set himself a task of creating a form of comedy that transcends cultural and linguistic borders. The effort he is involved in now is called the 3G (3 GREATS) PROJECT and brings together three artists from three different comedy traditions, Sennojo from Kyogen, Alessandro Marchetti of Italy’s Commedia Dell’Arte tradition and the Swiss clown Dimitri. Their aim is to give birth to a new type of global comedy for the 21st century that draws on both the Japanese Kyogen tradition that has been handed down since the Middle Ages and the European tradition of satirical comedy. The first full-fledged product of their collaborative effort has been staged internationally for the first time at the Sibiu Theater Festival in Romania in June 2009. Although Sennojo has always been a member of the traditional conservative world of Kyogen theater, he also staged Becket plays when he was young and has performed new contemporary Kyogen works and directed opera. In this interview we ask Sennojo about his latest activities in a career marked by new and innovative undertakings.
Interviewer: Kazumi Narabe, cooperation: Miho Project Ltd.

Sennojo Shigeyama
Sennojo Shigeyama is a Kyogen actor and director born in Kyoto in 1923 as the second son of the late Sensaku Shigeyama III. He was apprenticed under his grandfather, Sensaku Shigeyama II. He inherited the name Sennojo II in 1946. In 1948 he broke the Noh/Kyogen world taboo against working with artists from other arts genre and did radio dramas with other artists. He participated in the theater movement to revitalize Kabuki and other Japanese theater forms led by the director Tetsuji Takechi. He has performed in Kabuki, Shingeki (Modern Theater), films and TV dramas and earned a reputation as the Maverick of the Kyogen World. He has also directed revival productions of eliminated Kyogen pieces and new Kyogen plays, opera and Shingeki in his highly diversified activities. His son Akira and grandson Doji are also Kyogen actors.

* Akira Shigeyama
Kyogen actor. Born in Kyoto in 1952, he apprenticed in the Kyogen art under his grandfather, Sensaku III and his father, Sennojo. He leads the theater company Noho Gekidan with American Jonah Salz, a professor of Ryukoku University and has performed Becket and English Kyogen overseas as well. He devotes efforts to the staging of new Kyogen plays and reviving old plays no longer part of today’s Kyogen repertoire. He has also directed opera. 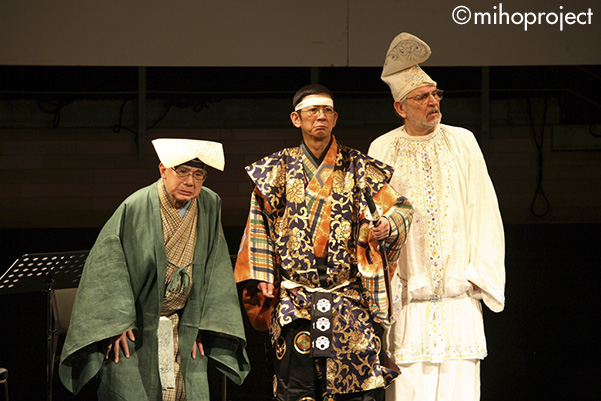 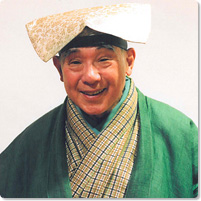 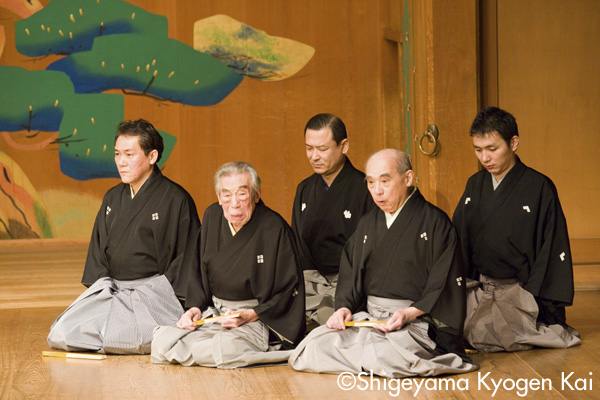 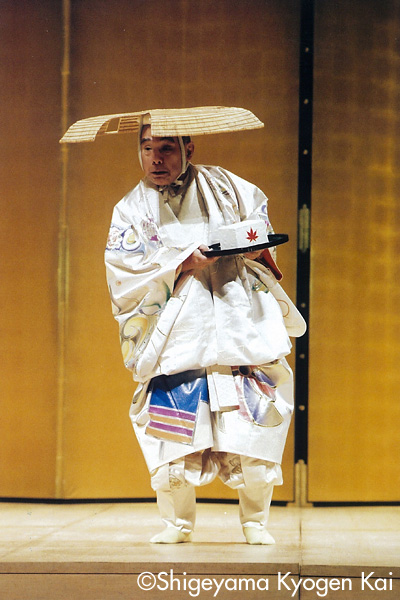