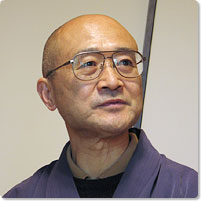 Among the religious music traditions of the world that have been handed down over the centuries, the Japanese Buddhist chant form known as shomyo has a 1200-year history, which ranks it along with the West’s Gregorian chant as one of the oldest living forms.
Until recently, shomyo was only heard in temples, as monks chanted the Buddhist scriptures in chorus as a form of meditation, but now there is a group of priests who have undertaken the challenge of bringing performances of shomyo to the concert hall and enlisting the talents of contemporary music composers to create new works for the shomyo repertoire. We spoke with Kojun Arai, Head Priest of Hogyokuin temple of the Buzan branch of the Shingon sect and a leading member of this performance group called “Shomyo-no-Kai – Voice of a Thousand Years” to learn about the past and present of shomyo.
(Interview by Junko Hanamitsu on April 27, 2007 at Hogyokuin temple, Tokorozawa city)

Kojun Arai
Born in Saitama Pref. in 1944, Arai completed the graduate course in literature at Koyasan University with a major in ancient Indian religion. He studied Busan Shomyo of the Shingon sect under Grand Priest Yuko Aoki and since has performed traditional and contemporary words of shomyo, gagaku and music at the National Theater, Tokyo, and widely, including foreign tours. He has performed in the 1973 “Japanese Tradition and Avant-garde Music” world tour, the 1986 Berlin Invention Festival and France’s Autumn Arts Festival, the 1990 Donaueschinger Musiktage Contemporary Music Festival and the Sydney shomyo performance of the 2006 Japan-Australia Exchange Year program. In 1997 he joined with Tendai sect shomyo performing priests in establishing the “Shomyo-no-kai – Voice of a Thousand Years” (successor to the Shomyo Yonin no Kai) group and worked actively to preserve and promote the spread the performance and appreciation of the ancient works and of shomyo while also working actively to encourage the production of new shomyo works. As a researcher of the Ueno Gakuin Japan Music Document Research Institute, he also researches shomyo scores. He is a guest lecturer at the National Music University. He is also a member of the Kalavinka shomyo research group. He is head priest of Hogyokuin temple in Tokorozawa city, Saitama Pref.
The Buddhist Monks’ Choir “Shomyo Yonin no Kai” Founded in 1997 at the suggestion of National Theater Director Hiromi Tamura and the Kaibunsha producer Junko Hanamitsu, this group was launched as a ecumenical gathering of shomyo performing priest led by Kojun Arai and Yusho Kojima of the Shingon sect and Koshin Ebihara and Jiko Kyoko of the Tendai sect. The group works to introduce classic works from the shomyo repertoire while also encouraging the production and performance of new works of shomyo through its regular “Spiral Shomyo Concert Series. In 2003 the group name was changed to “Shomyo-no-Kai – Voice of a Thousand Years.”

*1 Shichi Bongo no San
A verse of scripture praising the wisdom and virtue of Buddha, transcribed from the Sanskrit into Chinese characters, chanted in original verse with original phrases. Shichi Kango no San is the one which is transcribed into Chinese and arranged in Chinese style.

*2 Shari San Dan
A verse of scripture in adulation of the Buddhist relics (bone fragments of the Buddha, Sakyamuni) as blessed remnants. It was composed by Ennin, the priest who brought Tendai shomyo to Japan from China and is the oldest shomyo chant in Japanese that has been handed down through the Tendai sect. It is chanted in the “Jorakue” (Nehan) ceremony commemorating the Buddha’s attainment of Nirvana, which is a ceremony where priests and lay people worship the Buddha together and therefore uses many Japanese shomyo such as Shiza Koshiki or Shiza Kowa San that can be understood by the listeners. 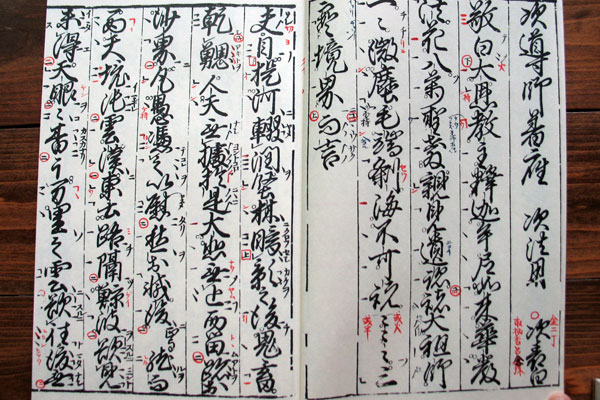 *4 Daihannya Tendoku-e
Also called simply Daihannya , it is a Buddhist ceremony to pray for world peace, peace and security of the nation, protection from disaster and good fortune and for good crops by reciting the 600 verses of the Prajna Sutra. As a sutra telling the true teachings of the Buddha, this 600-verse Prajna Sutra was written in transcribed Chinese characters in 663 by the Chinese priest Genso Sanzo after a 16 year journey to India dramatized in the famous story Saiyuki ( X_yóu Jì in Chinese, Journey to the West in English). Initially each character of the sutra was read, but eventually that long process was abbreviated into fanning the folded pages of the sutra text through the air while reciting the Prajna Sutra incantation (chant). It is a ceremony that combines musical and dramatic elements to the large-voiced chanting. 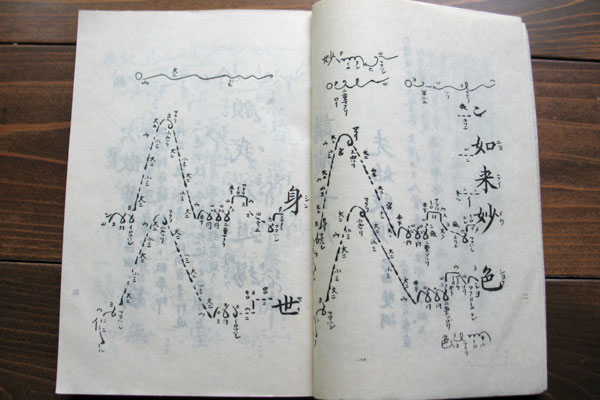 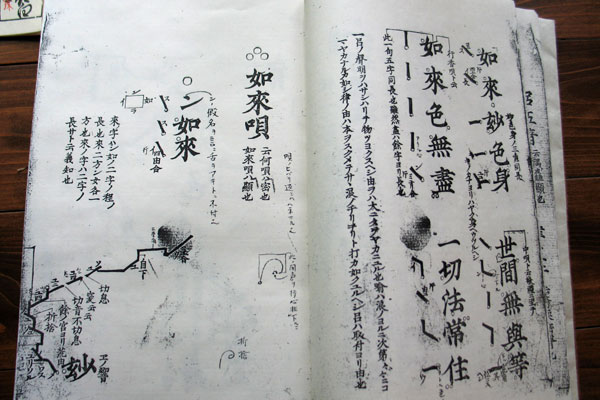 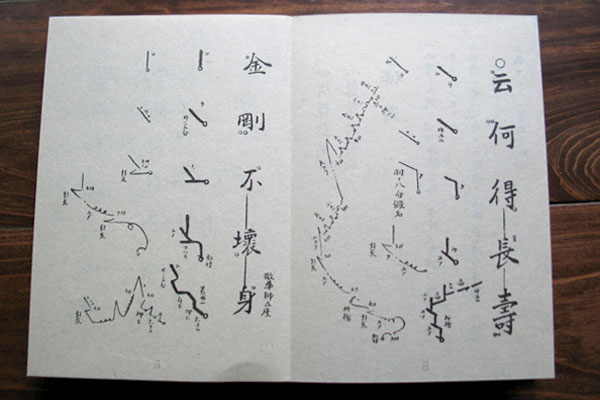 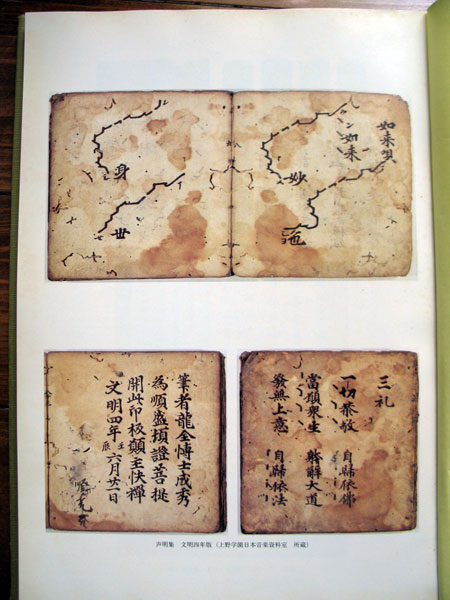 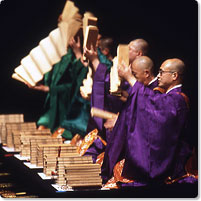 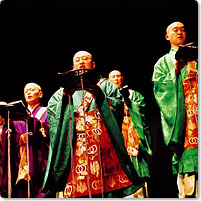 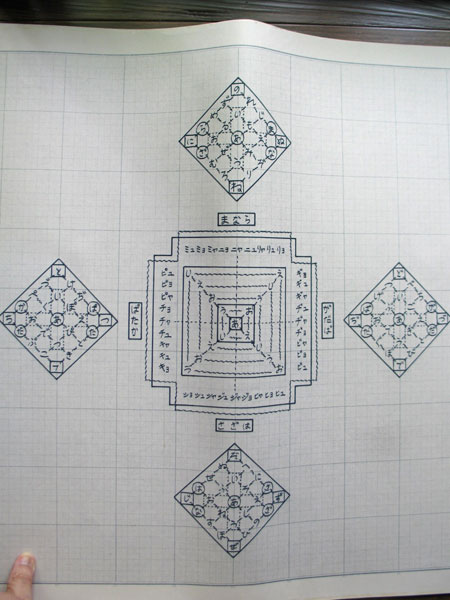 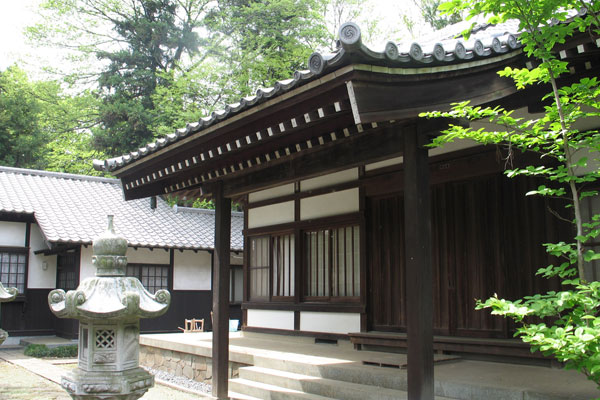 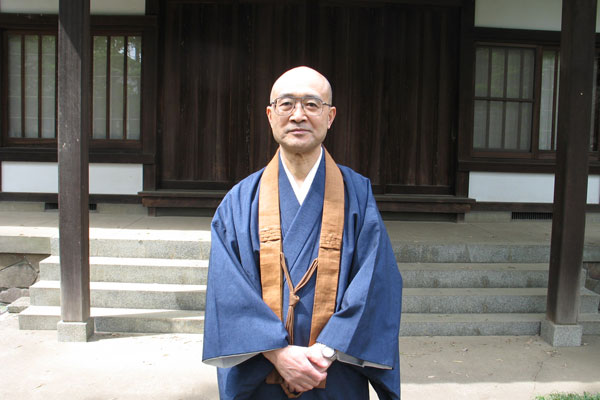 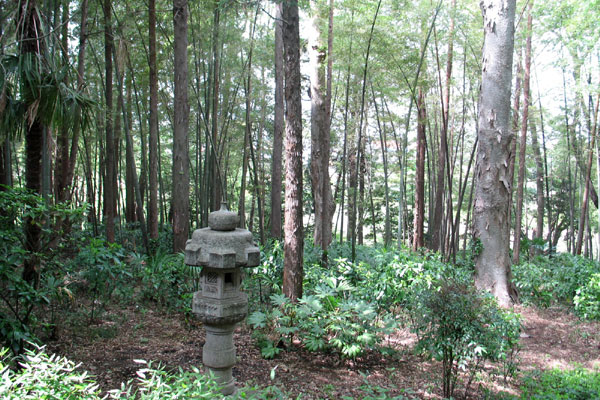